Why we do it

Here at BeGet we have a long and successful history of working with virtual web hosting and implementing various open-source solutions and now it's time to share our invention with the world: Sprut.IO file manager, which we developed for our clients and which is used in our control panel. Please feel invited to join its development. In this article we will tell you how it was developed, why we weren't pleased with existent file managers, which kludges technologies we used and who can profit from it. 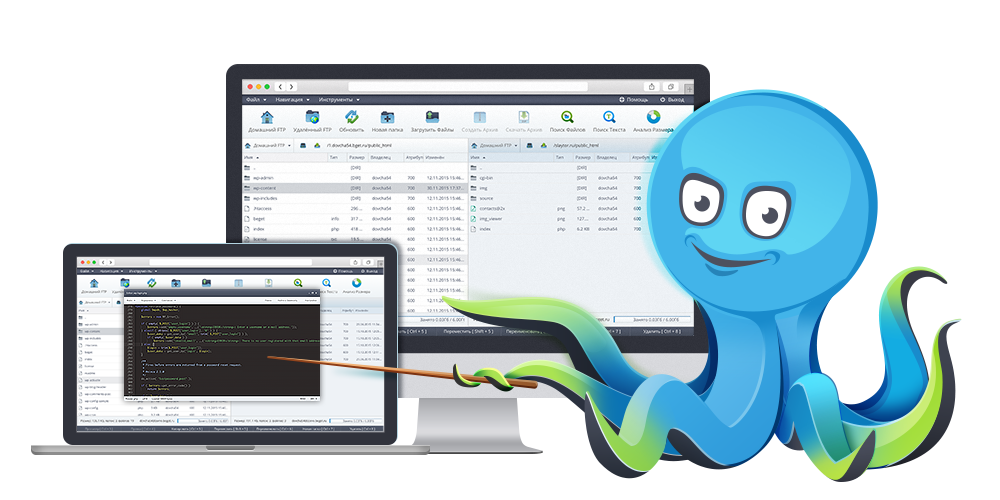 Why invent your own file manager

In 2010 we were using NetFTP, which handled such tasks as opening/loading/editing quite bearably.
However from time to time our users wanted to learn how to move websites between web hostings or between our accounts, but the website was too large and the internet was not the best. In the end we either had to do it ourselves (whish was obviously faster) or to explain what SSH, MC, SCP and other scary things are.

That's when we got the idea to create an orthodox WEB file manager, working on the server's site, which would be able to copy between different sources with server speed and would offer: file and directory search, a disk usage analyzer (an analogue of ncdu), simple file uploading and a lot of other great stuff. Let's say everything that would make our users' and our lives easier.

In May 2013 the file manager went into production on our web hosting. Some parts even turned out to be better than we originally planned: we created a Java applet for file uploading and access to the local file system, which allowed to select files and copy them to the web hosting or from it all at once (the destination is irrelevant, the file manager could work both with remote FTP and user's home directory, unfortunately soon browsers won't support it anymore).

After reading about a comparable manager, we decided to publish ours as an open-source product, which, as we think, proved itself to be amazing useful and highly functional. We spent another 9 months separating it from our infrastructure and whiping it into shape. Just before NYE 2016 we released Sprut.IO.